IEEE ANTS is a premier IEEE conference on advanced networking and telecommunications topics. IEEEANTS is financially and technically supported by IEEE Communications Society. The distinguishing characteristic of IEEE ANTS is the promotion of an intense dialogue between academia and industry to bridge the gap between academic research, industry initiatives, and governmental policies. This is fostered through panel discussions, keynotes, invited talks, and industry exhibits, where academia is exposed to stateof-the-practice and results from trials and interoperability experiments. The industry, in turn, benefits from exposure to leading-edge research as well as an opportunity to communicate and collaborate with academic researchers regarding practical problems. This year the theme is “ICT for connecting Humanity”. In addition to the myriad of topics mentioned in the list below, technical papers are invited which have special focus on enabling technologies fora hyper-connected world. IEEE ANTS 2020 will be held at IIIT-Delhi, New Delhi, one of the eminent Institute of India. The theme of the conference will foster an environment for deliberating on different research aspects on the said topic. Authors can submit short (4 pages) and regular (max 6 pages) papers that contain original material which is not currently communicated in other conference or journal and has not been previously published.

Ranjita is Senior Principal Researcher at Microsoft Research India. Her research predominantly focuses on problems related to networked and distributed systems. Ranjita has worked for more than a decade on applying machine-learning to improve system reliability, security and performance. She has won best paper awards and has chaired multiple top conferences in the field of systems and networking. She is also the recipient of the 2020 ACM India Outstanding Contributions to Computing by a Woman Award. Ranjita received her PhD and MS in Computer Engineering from University of California, San Diego and a BTech in Computer Science and Engineering from the Indian Institute of Technology Kharagpur.

Abstract: Today’s systems and services are large and complex, often supporting millions or even billions of users. Such systems are extremely dynamic as developers continuously commit code and introduce new features, ﬁxes and, consequently, new bugs. Multiple problems crop up in such a dynamic environment, from misconfiguration of essential services, very slow testing and deployment procedures, and extended service disruptions when catastrophic bugs hit deployment. Nevertheless, with the advent of Cloud-based services, new opportunities to use machine-learning to alleviate such problems have emerged. Large-scale services generate petabytes of code, test, and usage-related data within just a few days. This data can be potentially harnessed to provide valuable insights to engineers on how to improve service performance, security and reliability. However, cherry-picking important information from such vast amounts of systems-related data proves to be a formidable challenge.
Over the last three years, we have been working on Project Sankie which uses code, test logs and telemetry as data to build several tools that help develop and deploy systems faster while maintaining and even improving system reliability. My talk will first describe the challenges that arise from using machine-learning on such systems-related data and metadata. Next I will do a deep-dive on two specific tools that we built that are being used by several of Microsoft’s services. 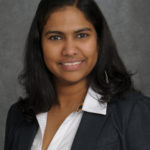 Aruna Balasubramanian is a faculty at Stony Brook University. She joined the computer science department at Stony Brook in spring 2015. Prior to that, she was a post-doctoral fellow at the University of Washington in Seattle. She received her PhD from the University of Massachusetts, Amherst in February 2011. She completed her Masters degree at SUNY Buffalo. She and her students work on topics in the intersection of networking and systems, with a focus on smartphones and wearable devices.

Abstract: There are a number of metrics used to measure Web page load times. However, it is not clear if these metrics measure a user’s perceived latency. In this talk, I will describe our work on measuring, modeling, and improving user-centered Page Load time or uPLT.
Our work WebGaze shows that user’s perceived latency has limited correlation with the various metrics used to measure page load time. I will then describe our system WebGaze, whose goal is to explicitly improve the uPLT metric by leveraging eye gaze. Gaze tracking is commonly employed in the cognitive science literature to measure a user’s focused attention. We use eye gaze tracking to build a model of user attention and then prioritize bandwidth to objects that demand higher user attention.
I will conclude the talk with a problem we are currently working on how to define user engagement? As a first step, we use eye gaze to detect when a user is reading versus skimming text, since reading indicates engagement. We are currently working on extending this to Web pages that have both text and images to measure engagement onset time. 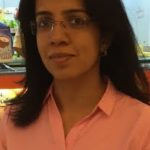 Sharayu Moharir is an Assistant Professor in the Department of Electrical Engineering, Indian Institute of Technology Bombay. Prior to that, she was a visiting fellow in the School of Technology and Computer Science at the Tata Institute of Fundamental Research (TIFR), Mumbai. She obtained her Ph.D. in Electrical and Computer Engineering from the University of Texas at Austin and her B.Tech. in Electrical Engineering and M.Tech. in Communications and Signal Processing from IIT Bombay. Her research interests are modeling and the design of scalable resource allocation algorithms for large networks and machine learning.

Abstract: The focus of this work is on the benefits of using storage/computation resources at the edge to host Software as a Service (SaaS) instances like social networks, online shopping, navigation services etc. A key characteristic of current edge computing platforms is the pay-as-you-go flexibility via short term contracts. The client can thus optimize the cost incurred to edge resources by dynamically adjusting hosting decisions depending on request patterns. Unlike most of the existing literature on this topic, where the SaaS is either completely hosted at the edge or not hosted at all, we allow the service to be partially hosted at the edge. This is motivated by the growing popularity of the paradigm of designing services as a collection of independent microservices instead of a monolith.

In the setting where edge resources can be rented and the SaaS can be partially hosted at the edge, we first characterize the fundamental limit on the performance of any policy. We propose an online hosting policy which dynamically determines what fraction of the SaaS is hosted at the edge based on the request arrival process and the various costs involved in an online manner. We corroborate our analytical results by comparing the performance of the proposed policy and some natural alternatives like TTL via trace-driven simulations using real data.

Dr. Chetna Singhal is working as an Assistant Professor at the Department of Electronics and Electrical Communication Engineering, Indian Institute of Technology (IIT) Kharagpur since 2015. She was awarded DST-Inspire Faculty fellowship in 2015. She has received her M.Tech. (in Computer Technology) and Ph.D. degrees from IIT Delhi in 2010 and 2015, respectively. She completed B.Eng. from University of Pune in 2008 where she was awarded University Gold medal for securing the first rank. She has worked with IBM Software Lab, New Delhi, as a Software Engineer in 2010 for a year. Her research interests are in next generation heterogeneous wireless networks, with emphasis on cross-layer optimization, adaptive multimedia services, energy efficiency, and resource. allocation